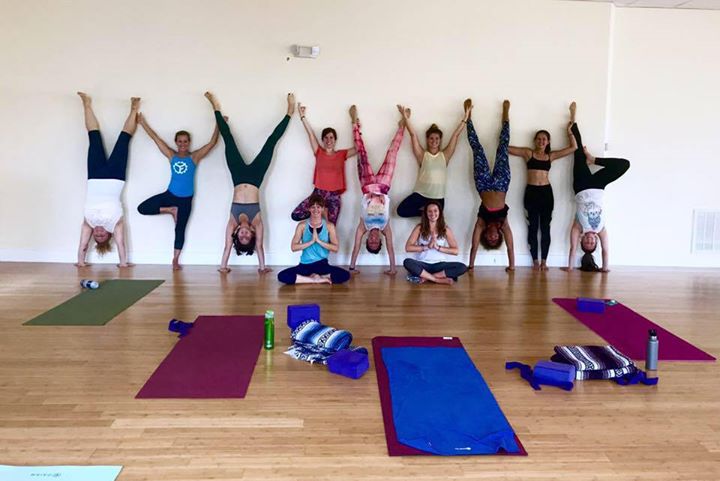 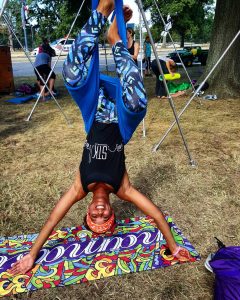 I started doing yoga out of convenience.  I was working in fundraising and on the road a lot.  Growing up, I was an athlete and a dancer and have always been pretty fit.  However, I had just graduated college after gaining almost 50 lbs and needed a new workout that I could do anywhere (30 lbs was probably some necessary grown woman weight after being a stick thin ballerina but I overshot the mark a bit).  My wake up call was going to visit my 7 months pregnant aunt, who was having twins, and weighed less than I did.  More importantly, I just did not feel good.  So I started doing yoga and hitting the gym to get back to being my best self.  I knew the yoga was effective but it did not click for me right away as anything more than a workout. 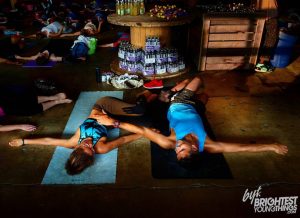 Fast forward a couple years and I was on a trip to Bali with someone who I realized was not right for me a few days into our week long trip.  I felt the walls closing in on me and needed some space so I was excited to discover they offered morning yoga on the beach.  It started as an excuse to escape but became so much more.  Being outside and actually saluting the sun as it rose over the beautiful beach forever changed Yoga for me.  I felt a deep connection to everything and began to really understand what yoga was all about.   Wild to think that was back in 2012. 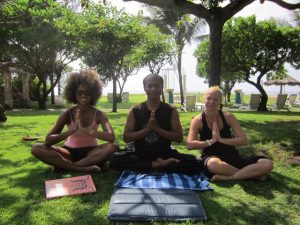 Since my beach awakening, I have continued to grow and expand my practice.  I do private sessions, go to studios, and practice with fellow instructors because I enjoy the variety.  Than in 2017, I went to a new studio that asked for my level in the intake but it grouped them based on years practicing.  Beginners were until 3 years and Intermediate was 3 – 6 years of practicing. For those practicing 7 years or longer, there was a box for expert.  I started doing the math and realized I had been practicing for over 8 years and while I did not feel like an expert, it made me take inventory on how far I have come.

Shortly after this, I was working on a project with youth and thinking about programing for at risk youth.  I realized that yoga and meditation was a critical tool that I should be sharing with this population.  After this lightbulb moment, I enrolled in (and completed) a yoga teacher training program with YogaWorks. 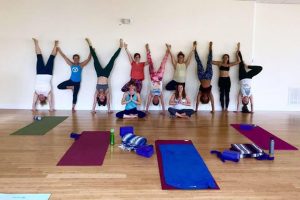 Yoga has changed my life! Yoga has changed my body, my mind and my relationships.   Yoga, combined with my background in Psychology and Counseling, has brought a calm to my life that I did not even know was possible.  I currently teach private solo and group classes in Washington D.C.

If you are interested in taking a class with Morgan, (currently offering private or corporate yoga and meditation instruction) schedule a consult today: Let’s Talk.